BLOG: You Can Actually Do Something Good With Those Eclipse Glasses! | Jay Allen #mwjr 08/22/17

Let’s be honest, now that the solar eclipse is over, we virtually have no reason to keep these eclipse glasses unless you want to wait for the next eclipse in 2024. However, since most of us might throw these glasses in the garbage, here’s a few ways that you can be productive in getting rid of them!

Today, millions of people ogled the skies using eclipse viewers, avidly watching as the moon blotted out the sun. But now that all this celestial majesty has passed, what should you do with your eclipse glasses?

Though it’s tempting to save them until the next solar eclipse in 2024, (which will cross eastern Canada, the central U.S. and part of Mexico) it’s not recommended. As Cassy Sommer at Staten Island Live reports, eclipse glasses manufacturers warn that the lenses expire after three years. And seven years in a junk drawer will likely lead to scratches or abrasions, which can make the glasses dangerous to wear.

Perhaps the most useful thing you can do with your glasses is to donate them to Astronomers Without Borders. The organization will soon announce a program to collect the used glasses and distribute them to schools in South America and parts of Asia, which will experience their own solar eclipses in 2019. 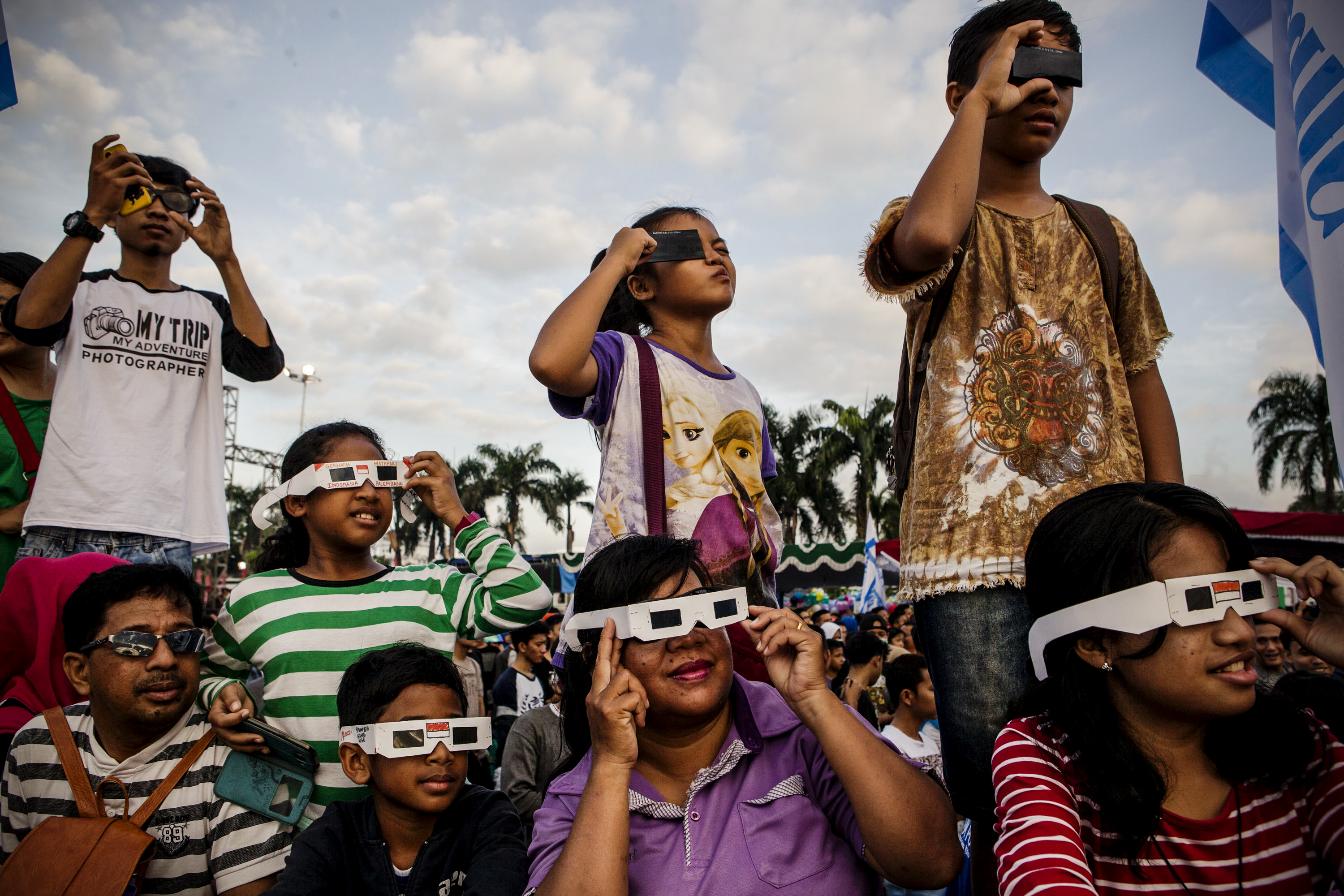 While the organization will not collect the glasses themselves, they are partnering with corporate sponsors who will set up drop-off sites for the used eyewear. (We will update this article when details about drop off sites emerge.)

The organization hosted a similar program in 2013, collecting donations to send eclipse glasses to west and central Africa for a total eclipse that passed over the continent in November of that year. In total, they supplied 13,700 glasses to schools in eight countries.

But even more important than getting kids to look up at the stellar event, the AWB hopes the eclipse enthusiasm will help inspire more students to pursue fields in science, technology and mathematics. “Once they look up, we don’t want them to stop,” AWB education director Lindsay Bartolone tells Mike Simmons at Sky and Telescope.

That goes for the United States as well. In the wake of today’s eclipse, AWB is sending professional and amateur astronomers into the community to help teachers conduct sun-based lessons and experiments, reports Simmons.

Local schools may also be interested in your used eclipse glasses for astronomy activities or experiments, reports Patti Roth of Earth911. You should ask local schools if they have any interest before you toss or recycle the glasses, Irene Pease, board member of the Amateur Astronomers Association of New York, tells Roth. 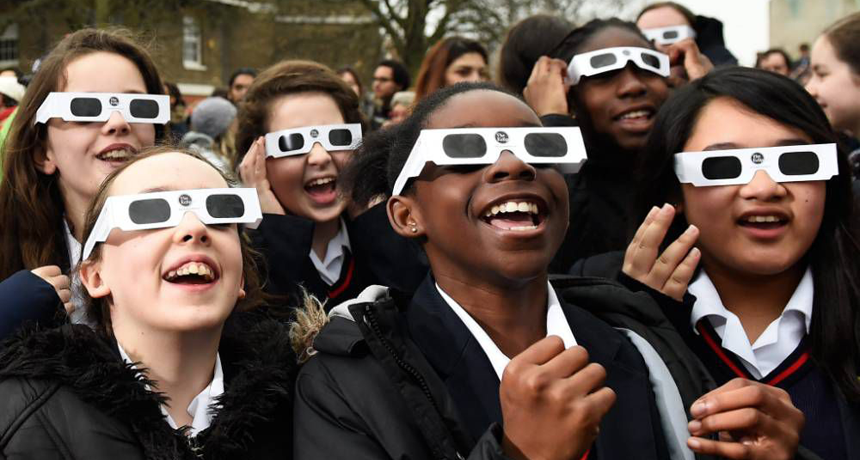 If donating doesn’t tickle your fancy, it’s fine to pull the solar-filter lenses out of the glasses and recycle the paper or cardboard frames, reports Josh Magness for the Miami Herald. Specialty recyclers like camera stores might even accept the solar filters for recycling. Glasses with plastic frames are likely not recyclable.

And if none of those options pan out, Pease suggests that you can use the lenses as parts of arts and crafts projects. “I wouldn’t mind a pair of eclipse-filter earrings,” she tells Roth, “as an astro-fashion statement.”

Finally, keeping the glasses as a souvenir is always an option. As Brooks Mitchell, education coordinator for the nonprofit Space Science Institute in Boulder, Colo, tells Roth. Mitchell is planning to keep the glasses to remind himself “of the awesome celestial experience.”

These are some cool ideas that I would’ve never thought of! Thanks to Smithsonian Mag and Gizmodo for the cool tips! To read the full article, click here!