By Rebecca Carrell October 2, 2019 No Comments

I squinted in the bright Florida sunshine as I walked outside and took a moment to collect myself. All around me, life went on as normal.

A twenty-something-year-old young man working the valet helped an older man out of his car. Two middle-aged women, speaking loudly with a strong New York accent, walked briskly past me without so much as a glance.

I looked up at the sound of birds chattering back and forth.

The world was losing one of its most precious inhabitants, and no one knew or cared.

I, along with most of my mother’s side of the family, spent the last week in the hospital with my grandmother. Even now, it doesn’t seem real. On Saturday she’d woken up, made her bed, showered and dressed on her own, and prepared her breakfast. The next day she was rushed to the ER in an ambulance. When I left her to return home, she was too weak to speak or even sip through a straw.

Useless platitudes run through my mind, scripts the world writes for us because we are uncomfortable in the presence of grief. Things like, “We had her for one-hundred-one-and-a-half years,” and “At least she got to say all her goodbyes,” and “All of her family got to tell her they loved her.”

One of the hospice nurses remarked how wonderful it was that Grandma lived a long life and died of natural causes. Fighting back tears, I smiled, nodded, and inwardly disagreed. Maybe you’ve been there.

Death is anything but natural. No matter how old they are or how they die, death is a horrible, awful, unnatural thing that brings grief to the heart of God.

Jesus and his disciples were ministering by the Jordan River when they received word that their friend, Lazarus, was sick. After two days, they made the journey to the town of Bethany. By the time they arrived, Lazarus was dead.

Now Jesus had not yet entered the village, but was still at the place where Martha had met him. When the Jews who had been with Mary in the house, comforting her, noticed how quickly she got up and went out, they followed her, supposing she was going to the tomb to mourn there.

When Mary reached the place where Jesus was and saw him, she fell at his feet and said, “Lord, if you had been here, my brother would not have died.”

When Jesus saw her weeping, and the Jews who had come along with her also weeping, he was deeply moved in spirit and troubled. “Where have you laid him?” he asked.

“Come and see, Lord,” they replied.

I’ve often thought about this story and wondered why Jesus wept. According to John 11:4, he knew exactly what he was about to do and why he was about to do it—the sickness and temporary death were a sign that the Son of Man had authority over death. Lazarus’s resurrection would give great glory to God.

So why the tears? Why wasn’t he giggling with delight? Why wouldn’t he say, “Now wait until you see this!”

Jesus told Lazarus’s sister, Martha, that he is “The Resurrection and the Life. Those who believe in me in me will live, even though they die” (v. 25). Far be it from me to know the thoughts of our Savior as tears spilled down his cheeks, but I do know that death and everything about it are contrary to the nature of God.

In the beginning, God brought order out of chaos. As we watched my grandmother during her final days, the beautiful order of her body descended back to chaos as her organs, after 101 years of working together harmoniously, failed her one by one. Her translucent skin bruised at the slightest pressure. Her heels burned at the slightest touch until all we could do was give her the gift of morphine-induced unconsciousness.

God is the giver of life. He didn’t usher in death; we did, when our original parents (Adam and Eve) chose the fruit of knowledge instead of the Father of light. Years after Jesus raised Lazarus, his half-brother James wrote to the Jewish Christians scattered throughout the world, saying, “Each person is tempted when they are dragged away by their own evil desire and enticed. Then, after desire has conceived, it gives birth to sin; and sin, when it is full-grown, gives birth to death” (Ja. 1:14–15).

Our cultural scripts pass out platitudes and Bible-verse Band-Aids, pouring vinegar into the open wounds of our sorrow. We don’t have funerals, where we can openly grieve together and comfort one another; we have “Celebrations of Life,” even when the deceased was seized by tragedy and taken far too soon. And in so doing, we make mourning a societal taboo.

In weeping, Jesus entered into the pain and brokenness, sharing Mary and Martha’s sorrow, and in so doing, sharing their burden.

When was the last time you lost someone close to you? For me, it’s been some years, and I’m grateful for the reminder that the best words sound like, “I’m so sorry. I hate this. Tell me about your loved one.” I’m grateful for the friends who don’t talk me out of my sorrow but take part in it and bring chicken dumplings and don’t get uncomfortable with my sobs.

The end of our story is beautiful. I believe that upon my grandma’s last breath, she’ll open her eyes and see Jesus. Once she recovers from his glory, she’ll see my grandfather, whom she’s missed every day since he passed in 1985. We will one day sit next to each other at the great Wedding feast, where surely Jesus will offer her cream sherry instead of wine.

Jesus wins. Death dies. But in the meantime, as we watch her light grow dimmer by the moment, I won’t be talked out of my grief. 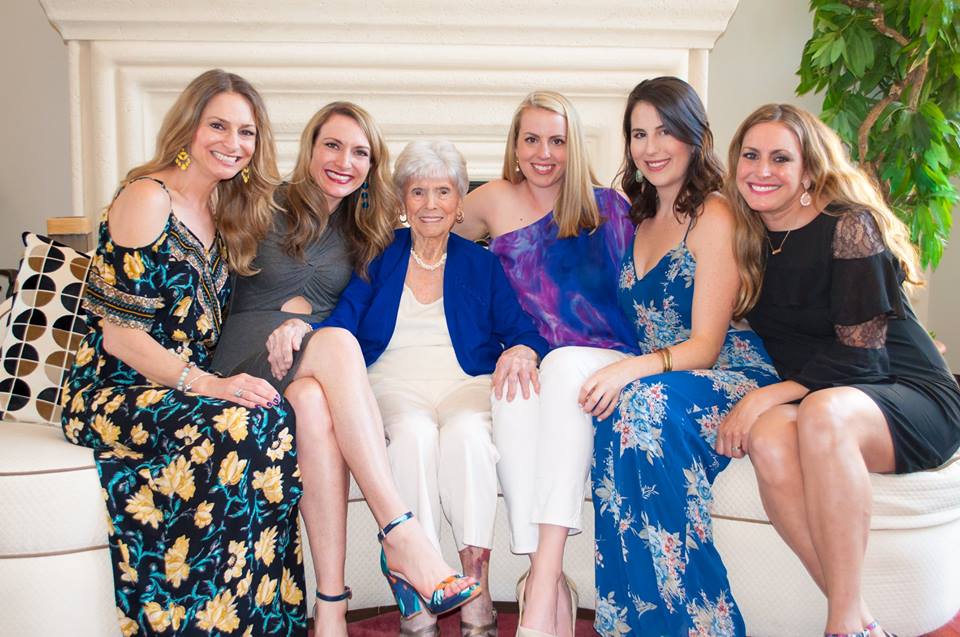 5 Things We Can Do To Be Peacemakers During This Time

Your Value Is Fixed In God

4 Gifts That God Gives Us When We Ask For Them