Welcome To The Future With Jay Allen: Mysterious Monolith Appears In Utah & Romania

A mysterious metal monolith has appeared in Romania this week after another similar structure found in the remote Utah desert was removed by an ‘unknown party’. 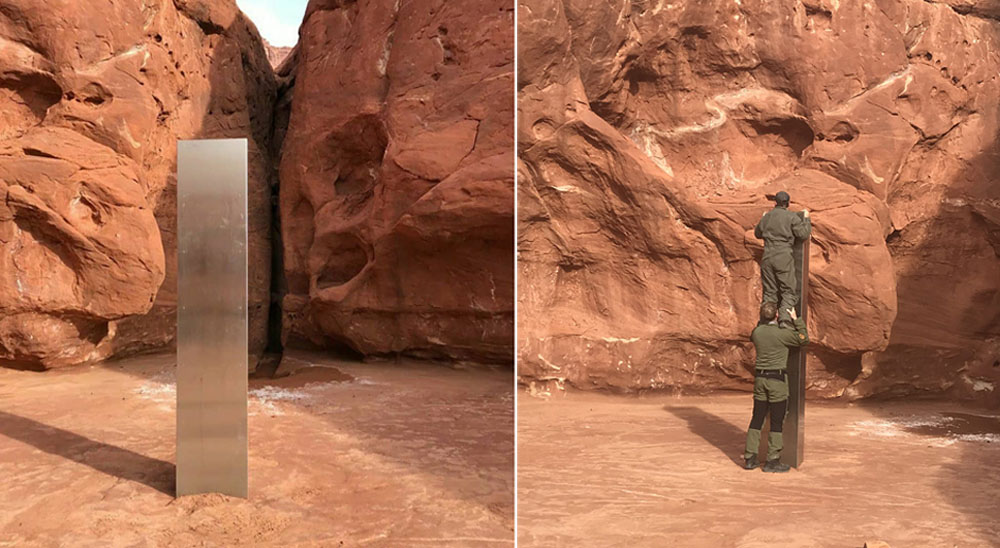 The shiny triangular pillar was found on Batca Doamnei Hill in the city of Piatra Neamt in northern Romania last Thursday.

It was spotted a few meters away from the well-known archaeological landmark the Petrodava Dacian Fortress, an fort built by the ancient Dacian people between 82 BC and AD 106.

The peculiar find comes after a similar monolith was found in the Utah desert with no explanation, sparking some speculation that it could have been the work of aliens, but is more likely the work of a prankster inspired by science fiction novel 2001: A Space Odyssey.

Want to read more about this crazy story? You can read the original article here!

5 Mistakes To Avoid On Social Media

Daily Dilemma: Is It Inappropriate To Go On A Trip Alone With A Friend Of The Opposite Sex?

When The Wind & Waves Overwhelm